There was great excitement as the dwellers of Agele and Mogba villages in Eruwa, Ibarapa East LGA of Oyo State, welcomed the anticipated presence of the Rural Nurture Initiative team on June 22, 2019. It was an interesting moment as the villagers already converged to patiently but excitedly await the arrival of the team. Individuals from neighboring villages also joined in, as they did not want to be left out of the goodness in their community.

The Charity and Health outreach, being the maiden outreach, was the first of its kind for the Non-Governmental Organisation which is saddled with the responsibility of changing the narrative of the rural dwellers from what is obtainable in the past. It was a “double major” outing, as it came in two folds; one session for charity while the other catered for the health and medical needs of the villagers. 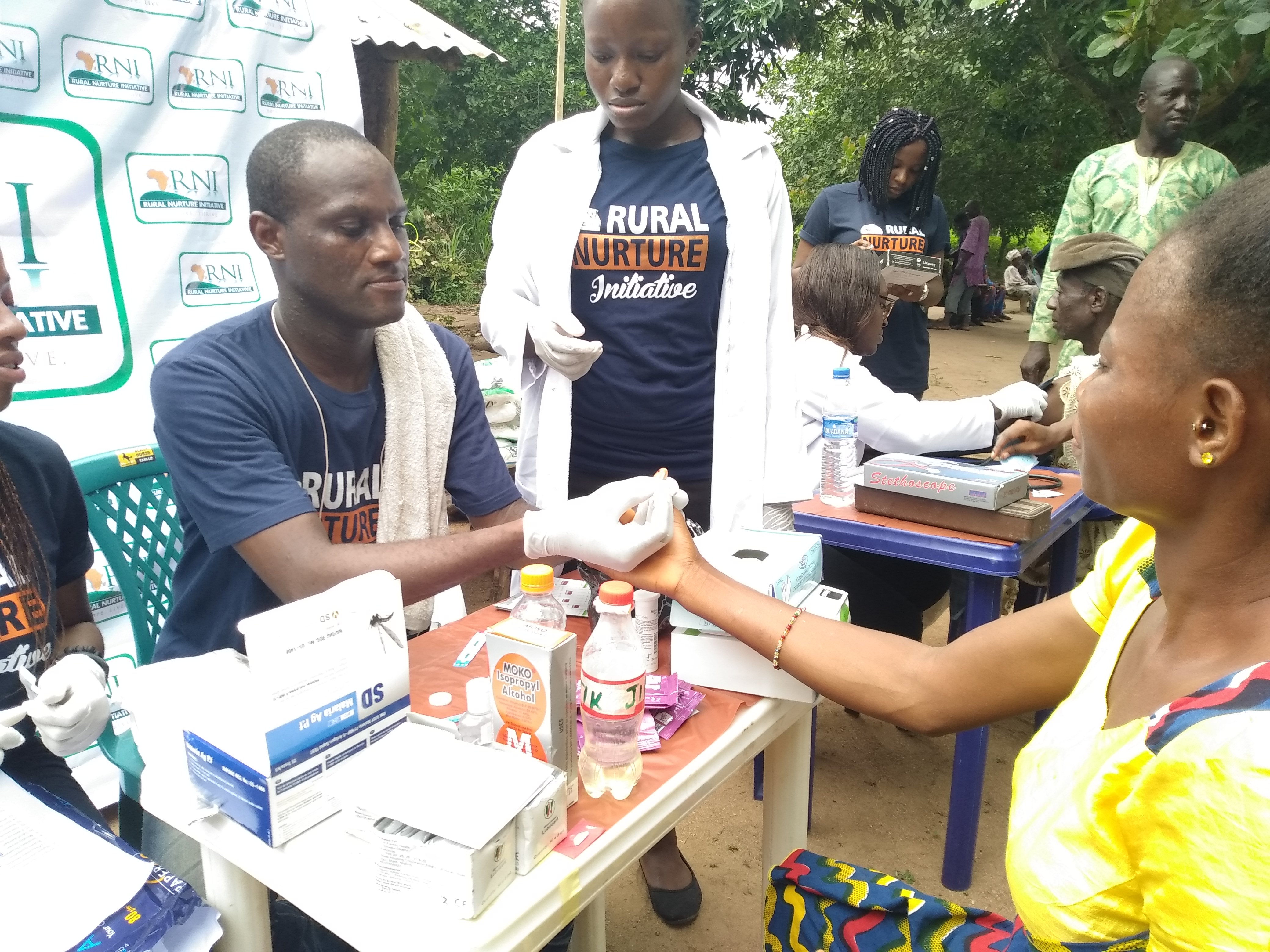 The volunteers earlier convened at the school gate of the premier University, arranged every materials and embarked on this historical journey. Despite all challenges and delay encountered on the road, the team arrived safely and without further ado, the volunteers swung into action.

The WASH (Water, Sanitation and Hygeine) sensitisation exercise came in two batches, one for the elders and the other for the children. Registration was carried out and questionnaires were administered to get the demographic data of the people. A post-registration tag was issued  to the villagers which conferred them eligible for the medical session.

The medical team were engaged in various activities, which ranges from checking the Vital Basic Signs (Blood pressure and BMI) of the rural dwellers, to HIV and Malaria tests being equally carried out. Drugs were administered based on individual needs and the patients were counselled as well.

Other volunteers were in charge of charity, which entailed giving out clothes, slippers, tooth brushes, tooth pastes, food items like milk, beans, salt and other household materials such as bathing soap, detergent and matches to the villagers.

Despite the downpour of rain, the volunteers were not deterred, which shows that they were really happy about positively impacting lives. On the other hand, the villagers were really glad to have the team around and wished that the event never came to an end.

The team departed with great joy, jubilation and a sense of fulfillment.

A FOLLOW-UP VISIT TO AGELE AND MOGBA VILLAGES IN ERUWA, OYO STATE